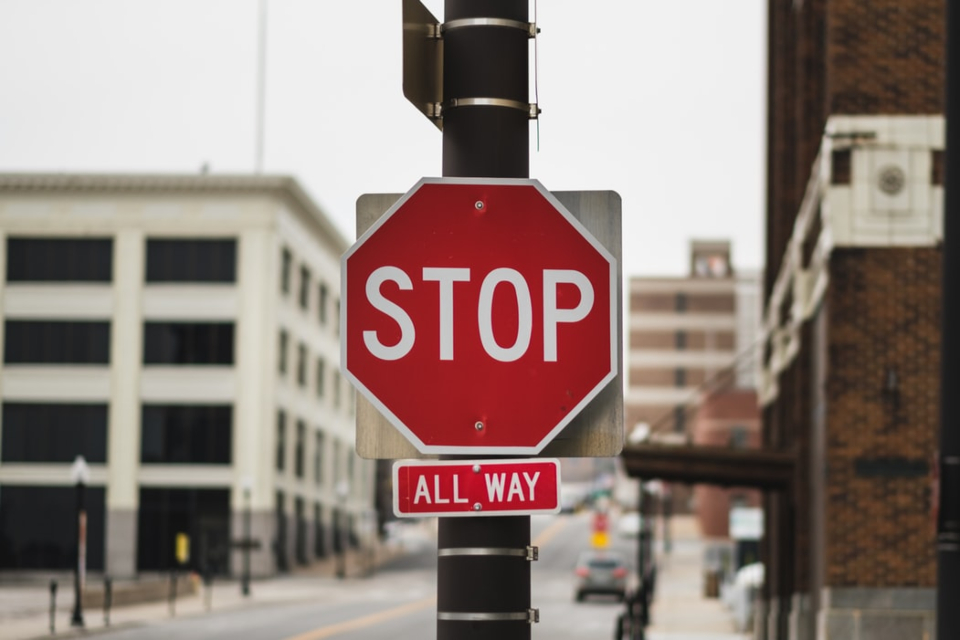 Who Goes First at a 4-Way Stop?

“When you come to a four-way stop, who has the right-of-way?”

Most drivers encounter four-way stops on a daily basis but the scenarios can vary.

If drivers arrive at different times…

If drivers arrive at the intersection at different times, the answer is relatively simple. The driver who arrives first should proceed first; then, other drivers should drive through the intersection in the order that they arrived. The playground rules still apply: wait your turn!

“The driver who arrives first should proceed first…”

If drivers arrive at the same time…

What happens when multiple cars arrive at the same time? Which driver should make the first move if you aren’t sure who arrived first? This is a more challenging question, but it does have an answer. If two or more cars pull up to a four-way stop at the same, the car that is farthest to the right should go first.

“If two or more cars pull up to a four-way stop at the same time, the car that is farthest to the right should go first.”

There are also times when neither car is on the right. What if two cars are directly across from one another? If both cars are going straight, they can cross the intersection at the same time.

If one car is going straight and the other is turning, right-of-way goes to the first driver who is proceeding straight through.

If both cars plan to turn, the right-turning car should go first, followed by the left-turning car.

Remember that Arkansas law requires drivers to yield to other motorists if not doing so would cause an accident. If another driver pulls into the intersection even though you have the right-of-way, yield to them. After all, these driving laws are meant to protect your safety. Don’t risk a collision to prove a point.

What does a flashing yellow light mean?

Rather than stop signs or traditional traffic lights, some intersections will have flashing yellow lights. What do they mean?

What is a rolling stop? Is it legal?

A “rolling stop” is a bit of an oxymoron since the vehicle does not actually stop. A driver makes a rolling stop when they slow to less than 5 mph, but the vehicle wheels do not stop turning. A rolling stop might be better defined as “driving very slowly.”

In contrast, a “complete stop” is one in which the car reaches 0 mph and completely stops moving forward. In Arkansas, drivers are required to make complete stops at stop signs and red lights.

Rolling stops are not the same thing as complete stops, and they can result in traffic citations and fines in Arkansas.

Injured at an Intersection?

Unfortunately, collisions occur frequently at intersections, and the effects can be devastating. If you were injured in a wreck at a four-way stop or intersection, you may have legal rights to compensation. Taylor King Law can help.