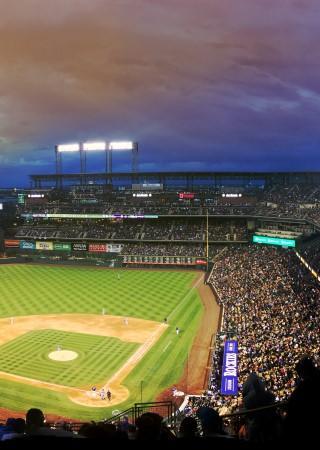 For many people, summer means one thing: baseball. After all, it is called the great “American pastime.” The popcorn, the peanuts, the smell of freshly-cut grass and the feeling of sunshine on your shoulders…what could be better?

But sometimes, an evening at the ballpark doesn’t go as planned. There are moments when foul balls or flying bats injure someone in the stands. By now you’ve probably seen the viral photos from an MLB game where father Shaun Cunningham blocked a flying baseball bat from hitting his son head-on. What would have happened if the bat did hit his son? Who would be responsible for the ambulance ride, treatment and medical bills that would almost surely follow?

It’s a good question, and one that applies across the spectrum to spectator sports, whether you’re a baseball lover, a football fanatic, or more of a hockey enthusiast: Who is responsible when a fan is injured at a sports event?

What “Assumed Risk” Means for Fans

There is a key legal phrase called “assumption of risk.” This phrase can apply in several other areas of law as well, but for sporting events, it means this: As an attendee of a game, you understand that the game involves balls or pucks flying through the air, and that there is a small chance that one may come flying toward you. Thus, you are aware of the risk and, by purchasing a ticket and attending, you signify that you’re willing to handle the consequences of that type of injury. Many tickets include a statement on the back warning the ticketholder of this very thing.

Negligence and the “Reasonable Person”

However, this doesn’t mean that a stadium can’t be held responsible for any injuries that occur on the premises. If the stadium was aware of a rip in the protective net behind home plate, and a foul ball went through the rip to hit a fan, for example, that could be a legitimate personal injury case. In that case, if the stadium was aware of the rip and failed to repair it, an attorney might argue that they were negligent and, thus, that you are a victim who is entitled to compensation. Other similar situations might include rusted railings, broken seats, or standing puddles that were not repaired in a reasonable time frame.

What’s the best way to avoid injury at a sporting event? Unfortunately, the only 100% proven method is to watch on television from the safety of your own home. However, since nearly every activity of your daily life involves some risk of injury, it’s unnecessary to avoid everything that might pose a risk of injury. Instead, when attending games, try to avoid the “danger zone” and sit higher in the stands, or behind areas with protective netting. Stay focused on the game, rather than your smartphone or nearby distractions. And, if you were injured as a fan at a sports event and you believe it was the result of negligence, you can call Taylor King for a free consultation to discuss your case. We’re happy to talk with you at 1-800-227-9732.

If you’d like to read more about the risk of injury to fans, we recommend visiting the Boston Globe’s “How often are baseball spectators injured during game play?” and Bloomberg’s study, “Baseball Caught Looking as Fouls Injure 1,750 Fans a Year.”