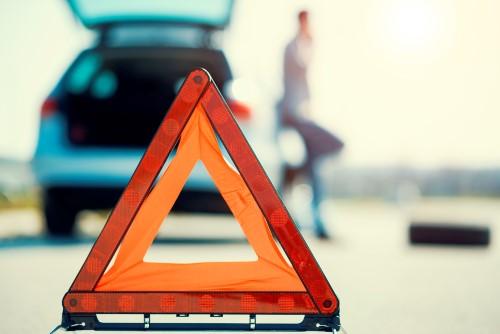 You’ve probably thought through what you’d do if you experienced a car accident. But have you ever stopped to consider how to react if you see a wreck?

It’s a great question because some states do have statutes that hold “first responders,” or the first people to come upon an accident scene, responsible for offering aid to the extent that they are able. These are called “Affirmative Duty to Assist” statutes.

Then there are “Liability Protection” statutes. You may know them by another name: “Good Samaritan” laws. Unlike affirmative duty statutes, which are only in effect in a few states, all 50 states and the District of Columbia recognize some form of liability protection for those who offer aid to victims.

Affirmative Duty to Assist Statutes in Your State

These statutes vary widely from state to state. They may apply only to particular healthcare professionals, or only in certain situations. Some hold witnesses responsible for giving reasonable aid to a victim, while others require them only to report the crime to police.

For example, California’s Mandatory Emergency Services statute applies only to health care facilities, while the Rhode Island statute specifies that a person with knowledge that “another person is a victim of rape, murder, manslaughter, or armed robbery” must report the crime to police as soon as they are reasonably able, if they are at the scene of the crime.

If you are a resident of a state with some form of affirmative duty statute, we encourage you to read more about the details in your particular state in A Comparative Study of Laws that Protect First Responders Who Assist Accident Victims. It’s a long title, but a worthwhile read!

Good Samaritan Laws in Your State

Although every state’s code includes some variety of a Good Samaritan law, no two are alike. The general premise of a Good Samaritan law is that it protects someone from being sued or otherwise penalized if they act to help a victim who needs medical help or is in physical danger. You can read about your state’s particular statutes here.

We hear two common misconceptions about helping people after an accident. The first: “You’re likely to be sued if you attempt to give someone emergency care and it doesn’t have a good outcome, so it’s best not to do anything.” The second: “My state’s Good Samaritan law means that anyone who stops to help an accident victim is protected and won’t face any consequences if things go badly.” Neither statement is true.

While there are no laws in Arkansas that require you to stop and give aid to victims of a car accident, you may feel compelled by compassion and concern for others. In that case, you should be familiar with the Arkansas Good Samaritan Law.

This statute is found under the “Medical Professions” subtitle in the Arkansas code, so you might assume that it applies only to people who work in the medical field. While the statute’s primary purpose does seem to be directed toward medical professionals, it also includes a section about how the Good Samaritan law applies to ordinary citizens. Two main takeaways:

Should you find yourself in a situation where an accident victim needs help, you can decide how to respond by asking yourself these three simple questions:

We recommend reading the full text of the Good Samaritan law, also known as AR Code § 17-95-101 (2015), online in the most recent version of the Arkansas Code provided by Justia Law.

Have you been injured in a car wreck that was not your fault? Filing a personal injury claim can be very complex, but the lawyers at Taylor King Law can help. Everyone who calls or visits one of our 6 Arkansas office locations will get a free, no-obligation consultation with an attorney. Find out if you have a case today. Get started by calling 1-800-CAR-WRECK or submitting a case evaluation form on our website.