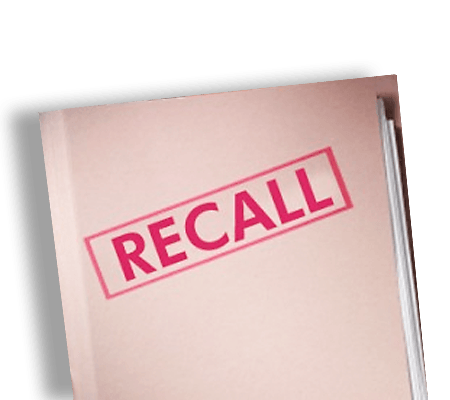 In June 2011, the U.S. Food and Drug Administration issued a drug safety alert warning that the use of the diabetes medication Actos for more than one year may be associated with an increased risk of bladder cancer.

Some patients who have received hip implants from DePuy Orthopaedics, a division of John & Johnson and the largest manufacturer of artificial hips across the globe have experienced dangerous side effects such as: heart and respiratory problems, nausea, vomiting, stomach pain, skin disorders, pain in joins and muscles, muscle tremors and twitches.

Complications from a defective metal on metal implant can go beyond excruciating hip pain. If the implant is defective, metal pieces chip away and are then absorbed into the blood stream and soft tissue causing damaged nerves, muscle and bone.

Although antidepressants are the most commonly prescribed medications in the U.S., if taken during the first trimester of a mother’s pregnancy, birth defects may occur.

Drugs that have been linked to birth defects include: Paxil, Zoloft Prozac, Effexor, Wellbutrin, Celexa and Lexapro.

Transvaginal meshes are implantable plastic devices for the treatment of pelvic organ prolapsed and incontinence.

Manufactures products that have been linked to injuries include: American Medical Systems, Bard, Boston Scientific, and Johnson & Johnson.

In a worker’s compensation arrangement, a “third-party liability” claim is not made against a worker’s employer or co-workers, but against some separate person or company who may be responsible for the workers’ injury.

Common third-party defendants may include: manufacturers or sellers of workplace equipment, tools or materials, drivers who cause an accident to the worker who is on the job, or owners of businesses the worker visits.

Third-party liability is important since most workers compensation payments are limited by state law.

Crash worthiness refers to design flaws by the auto manufacturer or the component supplier. Examples in recent years include the Ford Explorer rollover and Toyota sticking accelerator cases.