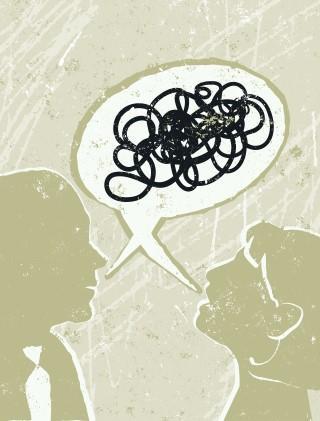 When you hear the words “personal injury,” what do you think of? Most people think that personal injuries refer to physical injuries – those resulting from car accidents, motorcycle wrecks, painful falls, and nursing home neglect. While that’s true, you might not realize that the term “personal injury” also encompasses a very different kind of injury: defamation.

What is Defamation? Defamation is a legal concept that recognizes that others can be hurt by the words we use, and prohibits people from making certain false, published statements that defame others. Defamation of character occurs when someone 1) makes a statement of fact about another person, 2) that statement is both false and injurious to the person, and 3) the statement is published, meaning it was overheard by a 3rd party. It’s important to keep in mind that defamation covers both written words, known as libel, and spoken words, known as slander.

How is Defamation Considered Personal Injury? Ask anyone who’s experienced it; defamation is very much a type of injury. Rather than physically harming someone, defamation causes harm to a person’s name and reputation, thereby “injuring” them.

We live in a society that is social and interconnected, and your reputation often precedes you. When that reputation is damaged by false accusations, it can be just as serious as a physical injury in that it limits your ability to live a normal daily life. Below are some commonly asked questions about defamation and pursuing legal action.

How Can Defamation be Proved? To prove defamation, you’ll have to prove that the statement is…

1. Published – The statement must be “published,” meaning that it was made public. This can include printed interviews, books, or television/radio shows, but also includes public speeches or even loud conversation in a public place. The statements must have been heard or read by a 3rd party.

2. False – The statement must be completely false. If the statement is true, even if it’s rude or damaging, it’s not defamation. Opinion-based statements, such as “This is the worst food I’ve ever eaten,” would not be considered defamatory because they cannot be proven true or false.

3. Injurious – You’ll have to show that personal harm was caused by the false statements published by the other person. Different types of harm can apply in defamation situations, but they commonly include losing a job, suffering harm financially or suffering physical or mental pain and distress. However, in some situations, you do not need to show actual harm, but harm is presumed since the situation is considered so damaging.

What is a Privileged Statement? In some situations, a person can make a statement that is otherwise defamatory, but do so in a legally privileged manner. The concept of legal privilege is simply that you cannot sue a person for making that statement, even if it would otherwise be defamatory. For example, testimony given by a trial witness is privileged, so the witness need not fear legal ramifications for his or her statement; this encourages witnesses to be honest and share fully.

Laws involving legal privilege vary from state to state, so you should consult a personal injury lawyer if you have questions about whether privileged speech is involved in your defamation case. Because defamation cases are notoriously difficult to prove, you may want to retain the services of an experienced attorney to represent your case.