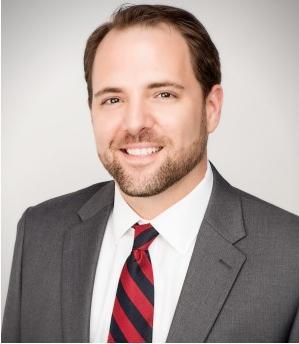 After beginning his career in Memphis, Tennessee, Richard returned to his hometown and joined Taylor King Law’s firm in 2005. Growing up in a small town profoundly shaped Richard’s career: his practice is focused on representing ordinary citizens who have been harmed by unfair business practices. He helps clients get fair compensation including Social Security, uninsured, underinsured, and wrongful death benefits.

Soon after joining Taylor King Law, Richard won a series of orders holding that an unfair tort reform law passed 2003 was unconstitutional; this helped change Arkansas’ Rules of Evidence to protect the injured. Richard has represented clients in trials ranging from small claims court to the United States Supreme Court.

While his professional work keeps him busy, Richard is also a lifetime member of the Arkansas Game and Fish Commission and serves as an elder at his church. Richard loves watching the Chicago Cubs and all Razorback sports. His wife, Leslie, works for the Arkansas Court of Appeals. Together they have two daughters.

Richard believes in community and good government. That’s why he served as Justice of the Peace for six years and ran for State Representative. He also continues to speak at legal education courses for other lawyers.

A member of the Arkansas Trial Lawyers Association, Richard is licensed to practice law in Arkansas.