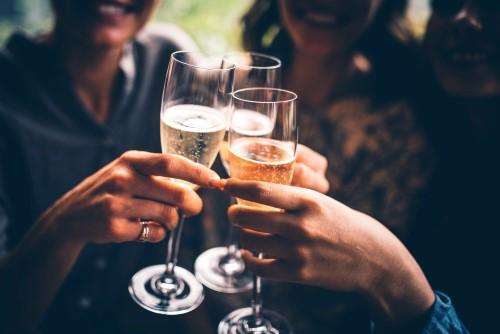 It seems appropriate that December should be National Impaired Driving Prevention Month, given that drunk and impaired driving spikes during the holiday season. And since New Year’s Eve is on Saturday in 2016, we expect to see an even bigger rise in alcohol-related incidents this year.

30% of traffic-related deaths in 2015 involved drunk drivers – that’s more than 10,000 people across the nation. 148 Arkansans died in alcohol-related wrecks during that same period.

And those percentages increase significantly between Christmas and New Year’s Day, according to The U.S. National Institute on Alcohol Abuse and Alcoholism (NIAAA). 4 out of every 10 traffic-related deaths during that time period involve drivers with blood alcohol concentrations (BAC) higher than the legal limit of .08%.

Drive Sober or Get Pulled Over

DUI arrests in the United States are highest between Thanksgiving and New Year’s Day.

If you live in Arkansas, expect to see increased state and local law enforcement on the roads this weekend. They’ve joined the national “Drive Sober or Get Pulled Over” campaign, which will continue through January 1.

Why Do People Drive Under the Influence?

Most people would agree that drunk driving is bad news. So why are there still so many substance-related wrecks around the holiday season?

Experts say that part of the problem lies in using the phrase “drunk driving.” When someone asks, “Am I drunk?” they’re not thinking about their BAC; they’re thinking about how they feel. If they still feel in control of their speech and motor skills, or if they’ve only had “a few” drinks, they may not consider themselves “drunk” even though their BAC is higher than the legal limit. Someone might drink more during the holidays and chalk it up to celebration, not realizing their true impairment.

Alcohol isn’t the only substance that impairs your driving ability. Even “recreational” drugs like marijuana can impact your fine motor skills and slow your reaction time. And don’t assume medicine is safe just because you have a prescription for it – many medications carry warning labels about driving, and others can negatively impact you if taken other than as prescribed.

Drinking or taking drugs impairs your judgment, so you may not be making the best decisions at precisely the moment when your choices matter most.

That’s why the first step in preventing alcohol- or drug-related car wrecks is the most vital: If you drink at all, especially during the holidays, commit not to drive. Make this commitment before you get to the party or restaurant.

Next, have a plan in place. Make arrangements ahead of time for a sober friend to drive you, save the number of a taxi service in your contacts, carry bus fare, or download the Uber app. Check to see if your city offers a free ride service during the New Year’s weekend – many do!

What if your friend is drinking and tries to get behind the wheel? Don’t be afraid to be assertive. Take the keys. Call for help or help them get home using public transportation. Your friends might be angry in the moment, but that’s a small price to pay in order to keep them safe and potentially save their lives. They’ll thank you later – and so will everyone else on the road.

So you and your friends have committed to driving safely and soberly – great! But what about everyone else on the road? You don’t have to be a police officer to know the signs of an impaired driver. Keep an eye out for drivers exhibiting the following behavior:

What to do if you Spot an Impaired Driver

Have You Been Injured by an Impaired Driver?

Even when alcohol- or drug-related wrecks don’t result in death, there can still be serious consequences. Victims may be seriously injured or have extensive property damage. Have you been injured in an accident with an impaired driver? The driver may face criminal charges, but you may want to file a separate personal injury claim to receive compensation for your suffering. The personal injury lawyers at Taylor King Law have 20 years of experience defending the victims of drunk driving. Call today for a free, no-obligation consultation. Tell us your story and we’ll see if we can help.

At Taylor King Law we’re on your side, by your side for the people of Arkansas.